Kim Tae-Hoon is the President of PSCORE and is our outstanding spokesman on North Korean human rights.

He currently leads the Lawyers for Human Rights and Unification of Korea (Hanbyun) and PSCORE. 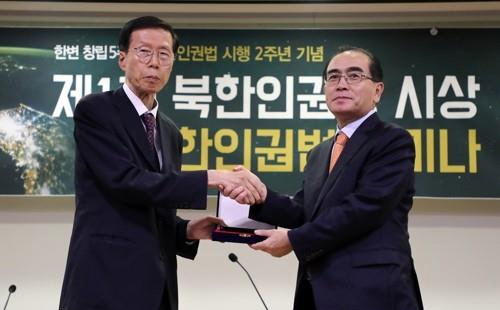 President of PSCORE (to the left)

Kim Young-Il  was born in North Korea and escaped in 1996 with his brothers and parents after years of persistent famine. He attempted to leave China for South Korea in 2000 but failed to do so. In 2001, he finally arrived in South Korea via Mongolia. He graduated in with a degree in Chinese Studies from the Hankuk University of Foreign Studies in Seoul.

Nam Bada is a South Korean-national who has been working at PSCORE since 2010. He organizes public and private events, fundraisers, and intern projects. Using his background in international affairs, Bada works as a North Korean human rights and Korean reunification activist. He has contributed to various U.N. human rights mechanisms since 2012. Bada has worked on numerous publications, reports, and campaigns pertinent to the humanitarian crisis in North Korea as well been interviewed by several media outlets, including Norddeutscher Rundfunk (NDR) in Germany and Voice of America (VOA).

PSCORE takes pride in its stream of qualified and skilled interns who help sustain and develop our programs, media, communication and marketing strategies, and financial support. We could not survive without the generous support of our interns, volunteers, teachers, sponsors, and donors. Interested in joining our team? Contact us for more information about our volunteer, tutoring and internship opportunities. You can find our intern map in full view here.

Volunteers and Interns from all around the world 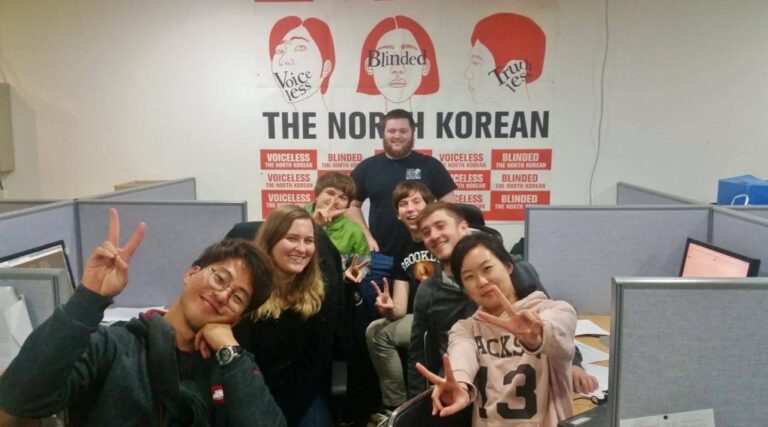