In March 2017, PSCORE’s founder and a North Korean defextor, Kim Young-Il, shared his insight on women’s rights in North Korea at the 9th annual Human Rights in Asia Conference, UK.

“Of most concern was Young-Il’s observation that there is not even such a term as women’s rights in North Korea.”

North Korea remains one of the most repressive authoritarian states in the world, ruled for seven decades by the Kim family and the Worker’s Party of Korea. During his fifth year in power, Kim Jong-Un continued to generate fearful obedience by using public executions, arbitrary detention, and forced labor; tightening travel restrictions to prevent North Koreans from escaping and seeking refuge overseas; and systematically persecuting those with religious contacts inside and outside the country. 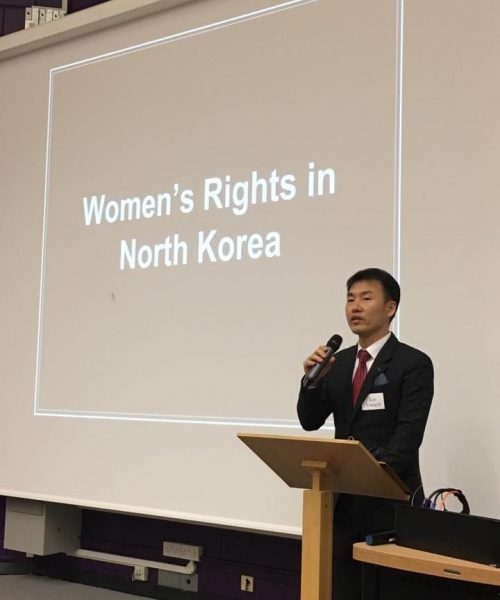