Hong Kong citizens began protesting after the ‘’Criminal Extradition Act’ was introduced  on March 31st 2019 ’ , a bill that would allow Hong Kong to detain and transfer people from countries and/or territories which they would have no existing extradition agreement with. This bill could allow anyone living or passing through Hong Kong to be judged in Mainland China which has been critiqued many times for its flawed justice system.

In June 2019 more than half a million people were protesting in the streets of Hong Kong against the bill. People were protesting to protect the ‘’ One Country, Two System’’ principle put in place when the United Kingdom gave Hong Kong back to China in 1997. Altercations started to get violent on June 12 when protestors tried to prevent lawmakers from voting on the bill. Rocks were thrown and the police had to use tear gas to disperse the crowd. This would become common practice for the police.

In July 2019 the protestors entered the legislature building and vandalized the building. On August 17 2019 the Chinese Government sent militarized police and armored vehicles to the Hong Kong borders. The People’s Armed police could also be seen at the border.

On August 25 2019 the Hong Kong Police used a water cannon. The water was mixed with pepper spray which not only caused harm to the protestors but also marked their clothes so they could be recognized and further targeted.

The Hong Kong Government announced in September 2019 that it would withdraw the  ‘’Criminal Extradition Act’ but it was now too late as the protests had evolved into a fight for democracy and against police brutality.

In November of the same year several universities were the theater of violent clashes between the Police and the protestors who were occupying the campuses. November was also an electoral period for Hong Kong and despite the pro-democracy movement winning the elections by a landslide, the pro-Beijing parties remained in power as only half the seats of the legislature were up for elections.

After the election and due to the spread of the Coronavirus the protests slowed down during the spring of 2020. On April 15th, 2020, the police arrested pro-democracy activists which caused a bit of commotion but were repressed quickly, especially given the restrictions on public gatherings due to the virus.

At the end of May 2020 China’s National People’s Congress ratified an announcement on future national security laws specific to Hong Kong. These laws are supposed to be enacted by the end of the summer of 2020. Despite not being a hot news topic anymore the pro-democracy movement in Hong Kong is now more important than ever and that is why PSCORE chose to reiterate its support to the Hong Kong Protests and the Pro-democracy movement.

As a South Korean organization, we remember all too well our own struggle with an authoritative regime which did not hesitate to use force against its own citizens when they fought for their freedom. This is why we are standing alongside the Hong Kong citizens in their fight for democracy and are urging the International Community to not forget about Hong Kong. 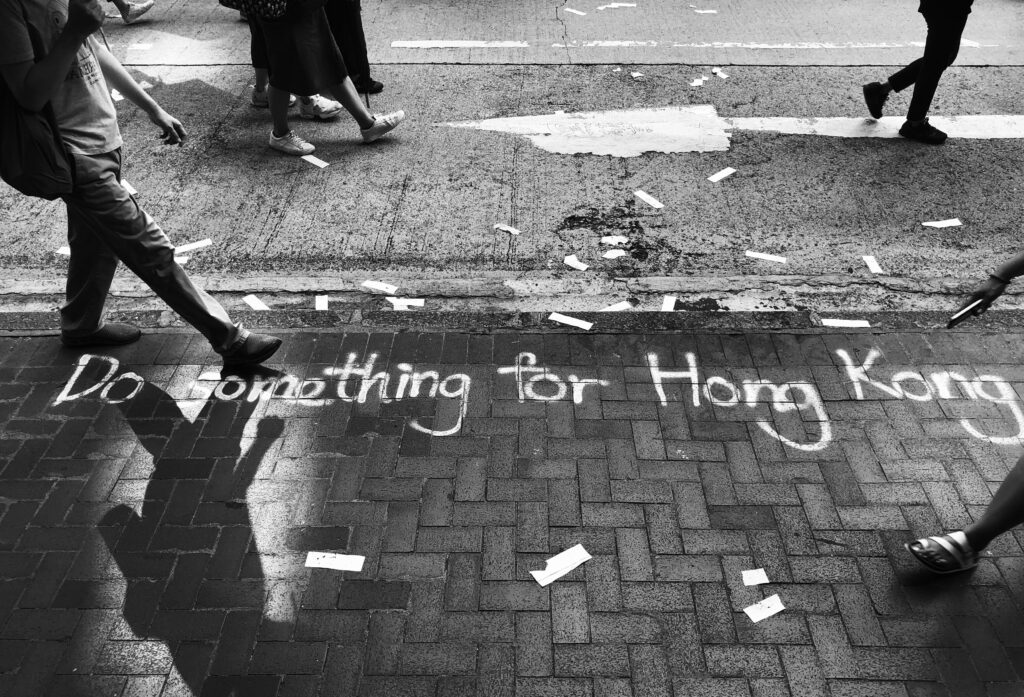