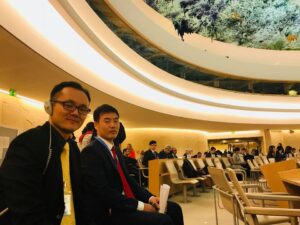 On the 12th of March, PSCORE’s founder and executive director, Young-Il Kim, presented his oral statement as part of the interactive dialogue of the Special Rapporteur, where he talked about corruption and human rights violations in North Korea. We hope Young-Il’s words were able to raise awareness on this important issue.

The full transcript can be found below:

“Before I begin, I would like to thank Special Rapporteur Tomas Ojea Quintana and other officials who have taken a special interest in the human rights issue of North Korea and have given us unwavering support.

Even until last year, it seemed that the Korean peninsula was on the precipice of war. However, with the 2018 Olympic Games in South Korea, both North and South engaged in what can be seen as peaceful discussions between the two nations. In spite of this, I would like to illuminate on the human right’s violations that still occur in North Korea.

In April of 2017, a 26-year-old man living in Giju, North Korea, was publicly executed after pleading guilty to the murders of his relatives. In North Korea, cases like these are never accurately reported as citizens are denied the right to a fair trial, or due process. They are also barred from receiving any legal assistance.

In addition, there is greater enforcement against criminal laws in North Korea. Corrupt organizations such as the police, and the North Korean State Security Department are tools to closely keep surveillance upon the people.

Last year, the UN released sanctions targeting North Korean nuclear and ballistic missile programs that resulted in the increase of gasoline prices. Correspondingly, the government has engaged in more illegal activities due to the sanctions. The military has ordered brokers to smuggle goods across Northern borders for a profit. Governmental organizations have also divided the West Sea, and rent out the waters to workers; however, any goods gained are sold directly to Chinese fisherman with no profit for the workers.

I hope I have highlighted some human rights violations that will warrant the UN‘s attention. 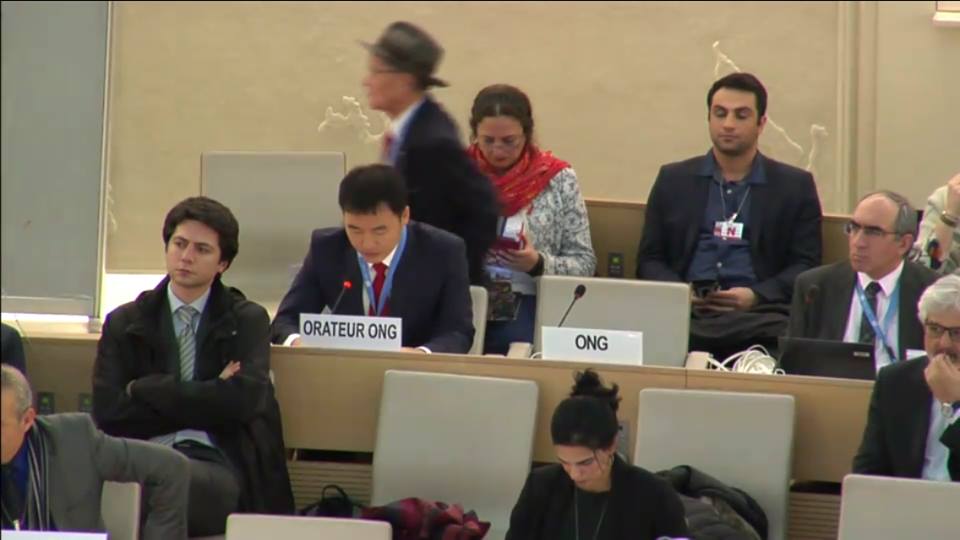 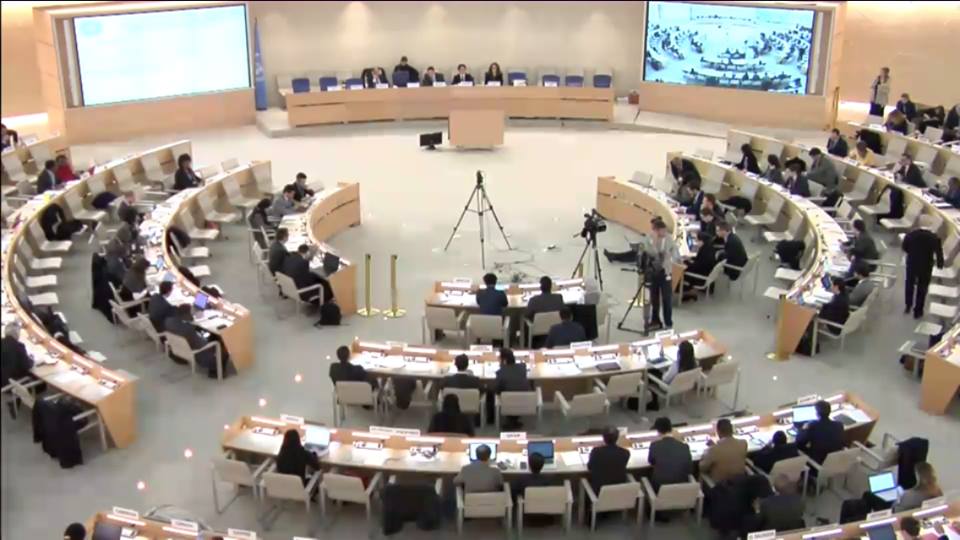 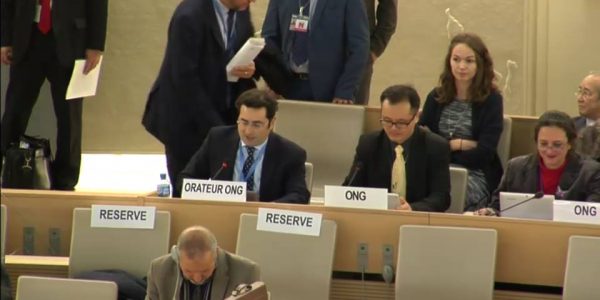 At one of the UN’s General Debate sessions, the DPRK gave a short comment as an observer member state. Although brief, both Koreas’ comment were similar. It felt like the same sense of struggling coming from both sides, despite the impending peace talk. During this session, PSCORE’s Bada Nam was also able to deliver an oral statement on the child labor situation in North Korea.

See his full speech below:

“The constitution of the DPRK promises to take care of its children and their education. However, in reality, children are subject to systematized forms of child labor, no matter their background. Programs such as the “Agricultural Labor Support” force children of every age to work on farms after their school day ends.

The educational system also forces students to collect items, such as rabbit hide and scrap iron, through the “Children’s Initiative”. These items are hard to find and put students in dangerous places. Furthermore, children are also required to work on construction sites, building houses or repairing railroads. One defector said: “Our rationale was simple:’because I was born with these circumstances, it’s natural that I work.’ Thus we passively accepted our reality without any resistance.”

The conditions in institutions such as prison camps and orphanages are even worse. The children there receive less education and have to work harder in more danerous situations. Some children are even required to make bricks or jewelry clasps.

Children do not enjoy basic human rights in the DPRK. Their mental and physical development is compromised by the long hours of work required by the government and educational system. The DPRK is exploiting its most vulnerable citizens, whilst they should be protecting and nurturing them for the future. We urge the DPRK to let its children be children and protect them accordingly.